This website is about Whitewall Tires and 356 Porsches. It's a whimsical look at 356 Porsches with White Sidewall Tires. The idea to do this website addition came while I was looking through some old Christophorus Magazines. Most of you know that Christophorus is published by Porsche and has been since 1952. Christo #36 published in November 1960 has a beautiful blue 356-B T-5 Coupe on the cover with a beautiful blond in a bright red dress sitting on the front fender. First the blue Coupe cought my attention, then the blonde caught my attention, and then the white wall tires caught my attention, hence you see what follows! White Wall Tires......not something you see very often on later 356 Porsches!

The more I looked at the picture on the cover of that November 1960 Christo, the more I thought that the magazine publisher had the picture backwards! A careful review of a blowup of the cover confirmed that the picture as published was, indeed, shown backwards! Somewhere along the line, it had been flipped horizontally. This wasn't done digitally as we would do it today, but somewhere along the way, the picture's negative had been turned backwards when the photo was printed. Maybe by mistake, maybe intentionally, who knows.

The front and rear cover images, originally one image, was flipped horizontally. 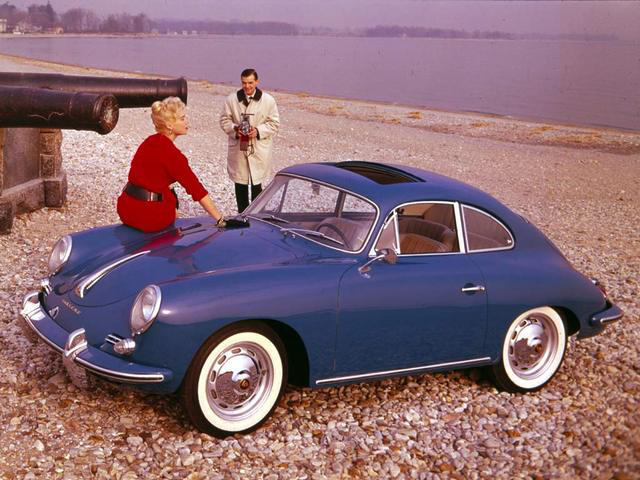 The above postcard image shows the original picture.

This image of the postcard has been flipped horizontally. 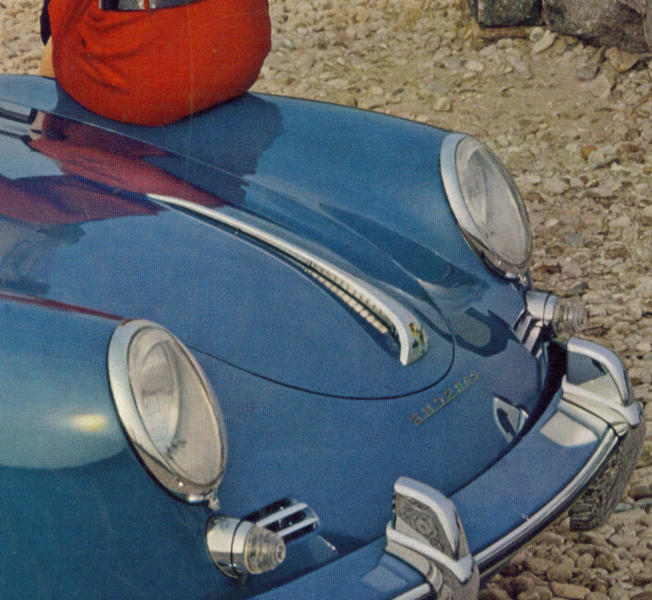 Notice:  "Porsche" on the front of the car is BACKWARDS!

Every once in a while, something completely unexpected happens as a result of creating these 356 Porsche related websites. Jordan Bochanis, another 356 Porsche enthusiast, saw the photo above of the blue Coupe with the white wall tires on this website, and thought "that sure looks familiar"! Sure  enough, he lives in  the very area  where this photo was taken, probably some time in 1960 - 1961, and he went out and found the very spot where the old picture was taken and sent the photo below. Thanks Jordan, for making  the connection and sending the photo!

White Side Walls are Cool!!!